Buakaw Banchamek - His next fights not to be missed!

On the Road Again !

While Buakaw Banchamek is very taken with the organization of events MAX Muay Thai, The White Lotus also has something to do with his Professional career and we now know the dates and the names of his opponents for the next three fights.

For its first meeting of the second half of 2014, Buakaw, which will celebrate its 250th combat (!) Will be opposed to a rematch, the French Abdoul Toure of Derek Boxing. This contrast will be held (two years later days to days) Aug. 17 in Thailand and this time the winner will be awarded the title of WBC Diamond champion! The first opposition between Buakaw and Abdoul took place in Leicester in England at the Thai Fight. French bowed by TKO in round 2.

The second output Buakaw Banchamek will take place September 13, 2014 in Minsk, Belarus at the big tournament Top King World Series organized by the manufacturing Top King. The name of the opponent Buakaw is not yet known (Prints spells tournament n have not yet held them), but it will be one of seven other fighters who are presents: Victor Nagbe, Andrei Kulebin, Elsa Alamdar, Dima Konstantinov, Zhang Zheng, Salah Khalifa and Khayal Dzhaniev.

Finally, the last officially scheduled fights will be neither more nor less than the Final K-1 World MAX (2013) where he will face, again for a rematch, to one of the best in its class currently, the German Enriko Kehl. Both champions have already met in December 2013 at the MAX Muay Thai 5 and Buakaw won by unanimous decision. However this should be even tighter for the young German (22 years) Kehl gained experience and will surely be more motivated than ever to take the title of champion of K-1! The final will be held October 4, 2014 in Pattaya, Thailand.

Assuming Buakaw manages to pass the first rounds of Top King World Series, then he will fight again before the end of the year 2014. 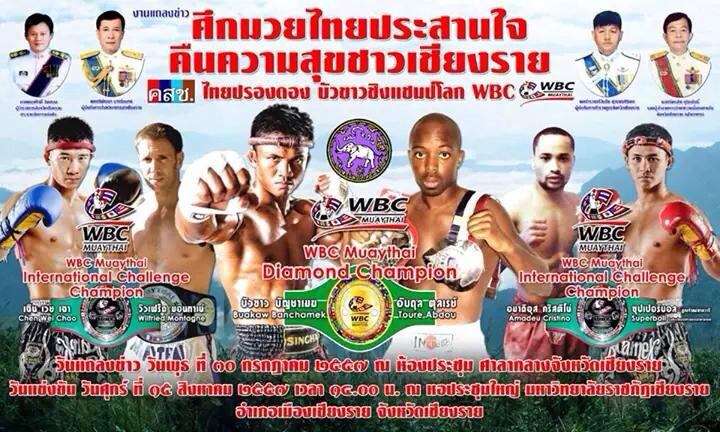